UEF:
Juggernaut:
Armed to the teeth, the Juggernaut Battle station serves as a riot control vehicle and as an assault vehicle plowing through enemy formations and bases, after seeing its destructive abilities and weapons the Juggernaut earned the nickname, Carnival Wagon of Death.

EbolaSoup wrote:
Okay, I want some details on that Juggernaut. It looks like the Carnival Wagon of Death just pulled into town.

TH-104 Avenger:
The main role of the Avenger tank is to hunt other tanks, it powerful cannon allows it to take on nearly any low tech unit, it can deploy to act as a Point Defense as well.

Goliath:
The Goliath is one of the newest UEF war machines, armed with a pair of Heavy Flamethrowers, Tac Missiles and some Point Defense lasers; the Goliath is not to be underestimated.

Aeon:
Illuminate:
The Illuminate can ferry large amounts of units across the battlefield. This special transport makes up for is lack of armor with a teleportation device.

Acolyte:
The Acolyte Air-To-Ground-Missile fighter is capable of firing 4 homing missiles at ground targets. The missiles carry enough fuel to ensure that they hit their marks.

Aria:
The Aria Heavy Point Defense fires a spread of sonic waves, if the sonic wave makes contact with the unit it will pass through and continue to damage other units.

Wraith:
Heavy Hover Tank, sporting a powerful Oblivion type cannon and a pair of side mounted Obsidian Cannons, the Wraith is a deadly weapon.

Justifier:
This advanced submarine has no weapons of its own, instead it launches several Ariel and underwater attack drones to attack the enemy.

Artemis:
A potent weapon of mass destruction, the Artemis is to be feared. When attacking, the Artemis builds and collects nuclear energy in its reactors high above the ground. It then releases the energy in the form of a gold colored bolt, which impacts the ground and explodes with the power of a nuclear device. If the bolt is intercepted with a SMD then the bolt explodes in the air damaging the Artemis. The charge sequence and color of the bolt have some calling it, Golden Lightning.

Cybran:
Scorpion:
Ambush Assault unit. The Scorpion is able to become invisible to both Radar and Visual Sensors when standing still, allowing it to ambush unsuspecting enemy formations.

Hailfire:
Long Range Artillery Unit. The Hailfire fires a salvo of rockets at the target, which then break up into several smaller bombs showering the area with explosions.

Reaper:
The Reaper serves as an escort and a battlecriuser, capable of fighting every type of enemy.

SeaDragon:
Pride of the Cybran Navy, the Seadragon Class Dreadnought is armed with 2 X Class Rail Cannons, several deck cannons, AA, and torpedoes. Enemies shake in fear at the sight of this vessel.

Vanisher:
The Vanisher is the Cybran&apos;s Tier 3 transport, equipped with Cloak Field Generators, it can become very useful to a clever Commander.

Gargantuan:
The Gargantuan Experimental transport, capable of transporting a small army to the front lines or behind a well fortified enemy position. Can also provide adequate air support.

Nova:
Fires lightning from its many orbs at the enemy, the electrical interference caused by the weapons disrupts enemy sensors in a small area.

Bouncer:
Advanced Mobile Anti-Air unit. Utilizing a crude but effective target painter the Bouncer can lead its missile salvo even to the fastest advanced aircraft. It can also use its missiles as anti-ground rockets without guidance.

Leviathan:
Heavy attack sub. Armed with the latest and most advanced torpedoes from the cybran Navy. Uses twin bolters when surfaced and come equipped with a Torpedo Redirection System.

Basilisk:
The ultimate force of the Cybran Military. The Basilisk is a very deadly weapon capable of a Siege mod or Assault mode. While in Siege mode it becomes stationary and fires waves of missiles and plamsa artillery at then enemy. While in Assault mode it uses and Experimental Stun Cannon on its back Missiles and a pair of Gattling Bolters. It is able to use the Anti-Air Laser emitters while in both modes.

Seraphim:
Haasioz-Iya:
This Quantum Rift Archway can stabilize a rift to the Quantum realm. Once this is done a Seraphim Commander can summon an endless amount of reinforcements from the other realm, however the rift takes a considerable amount of energy to maintain stability.

Uttaus-Athellu:
The Lambda Field Generator is a device that can generate a field to repel enemy fire. This structure also acts as a Tier 4 Point Defense armed with a devastating two Quantum Storm Cannons.

Ilthysathuum:
After seeing the usefulness of Siege Assault bots, the seraphim attempted their own design, incorporating a Dual Tau Cannon, TMD and a Lambda Field generator the Ha-alsheen Yya is a very deadly weapon.

Vishathal-Atah:
The Vishathal-Atah is an advanced transport with weak armor it makes up for this with its large carrying capacity, a limited Lambda Field System and its speed.

Iathuum-Hovathu:
The Advanced Air Staging Yard is used as a front line repair/refuel station for both air and naval units. It has a shield to protect the aircraft while refueling and launches repair and defense drones to help defend itself, also has torpedoes and torpedo defenses.

Vulthatha-Ioz:
Armed with high yield missiles and a pair of shield disruptors the Niishlyoo can take on large groups of enemies and break through even the toughest shields with ease.

Zthuzene:
This unit was built for the sole purpose of bombarding fortified bases where the Cruiser or Destroyer proved to be ineffective. Its slow turret speed makes it less effective at hitting fast mobile targets, allowing faster ships to close in and engage.

Hovatha-Hauthu:
High end naval unit. Armed with 3 heavy Quarnon Cannons, 4 anti-vessel beams and 4 AA Artillery cannon, as well as a building suite located in the aft of the ship; this beast made its appearance shortly after the Cybran and UEF coalition forces unleashed the Bismarck and Seadragon against the seraphim. This vessel holds 2 experimental canons, that when impact is capable of summoning Energy Being similar to the one made by the Ythotha, though considerably weaker.

Omni Changes: These are some changes from one of my favorite mods from SC, those of you who remember Exavier_Macbeth’s mod pack will know what I’m talking about
— All Omni Radar Omni radius decreased from 200—>150
— Vision radius on all Omni Radars increased to 50
— All Omni radar on spy planes reduced from 30->20

Naval Changes:Like many people I felt that naval was just too damned long to effectively build.
-All naval Units have gotten a 30% Build Time reduction, cost is the same, excludes Experimental units.

Credits:
Resin_Smoker for his drone scripts, and for allowing them use by the community

Kirvesnaama: For allowing me to incorporate his excellent mobile T3 AA into this mod.

Exavier_Macbeth: for teaching me how to code, and for some original unit ideas and inspiration. 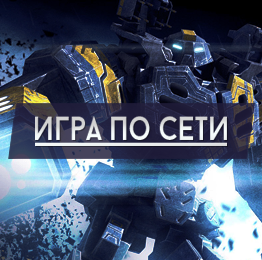